Look for Looksy performing for 92ZEW’s Reach for the Beach to play Hangout Festival 2016!

Since their formation in late 2011, the bluesy rock outfit Looksy has made themselves a staple in the North Alabama music scene. After releasing a handful of songs in 2012, the band’s first official EP “Deeper Into the Woods” was released in the summer of 2013, showcasing the band’s unique rock and roll sound with 5 dynamic tunes. The band has had the pleasure of playing shows all over the southeast and appear in festivals such as the 2013/2014 Secret Stages festival in Birmingham, AL as well as performing twice as part of the “Summer Shindig” series at the historic Bama Theater in Tuscaloosa. They’ve shared the stage with many national acts like T. Hardy Morris and the Hardknocks, All Get Out, John Nolan, and Weatherbox, to name a few. The band was recently named one of the 20 bands in Alabama to keep an eye on by al.com, a list that included juggernauts like Alabama Shakes, St. Paul and the Broken Bones and Jason Isbell, along with many others.;

With the future in mind, the band has been hard at work perfecting old favorites and writing new songs in preparation to record and release their first full-length album. The new album, “The Guest House” was released on January 2, 2016, featuring 12 original songs which showcase the bands unique rock and roll sound. Looksy is a band who always aim to keep things loud and vibrant, with melodies and rhythms that bend the traditional ideas of songwriting, yet remain very accessibly memorable. They are known for a rioutous live show that has garnered a large fan base of rock ‘n roll fans.

Lee Shook, of Birmingham Mountain Radio and the creative mind behind Pepsi Present’s Spectra Sonic Sound Sessions, said of the new album. “These guys bring a lot of different elements together in their music, touching on various strains of indie-isms as well as having a penchant for hard-driving rock, but there’s also an undeniable pop element to their work that comes out in songs like this and really shows off a rather sophisticated artistry at play that’s like nothing else on the local music scene right now.” 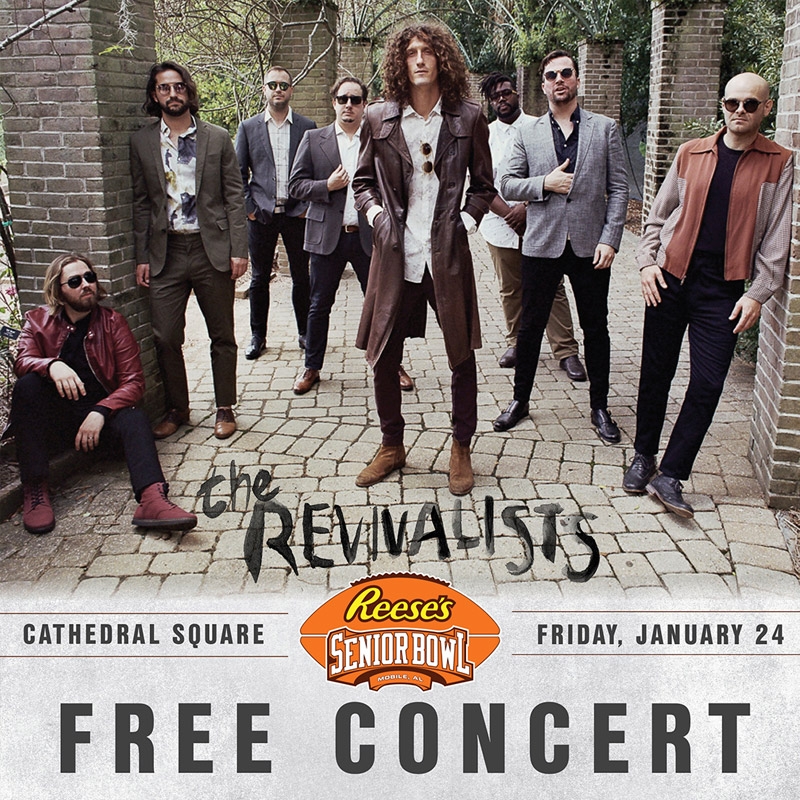 Pearl Jam premieres “Mach 1” video for “Dance of the Clairvoyants”

Revivalists “Wish I Knew You” Video

Illiterate Light “Better Than I Used To” Video