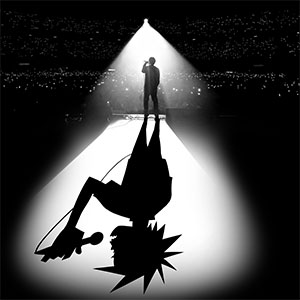 After several days of teasers, Gorillaz has finally dropped some new music.

The cartoon band has released a track called “Momentary Bliss,” which you can download now via digital outlets. The song features a pair of U.K. artists: rapper slowthai and punk duo Slaves.

“Momentary Bliss” is the first track from the new Gorillaz project Song Machine, which will feature an “ever-evolving roster of as yet unannounced collaborators,” according to the label.

Each song release from Song Machine will be accompanied by a “Machine Bitez,” a short conversation between the virtual Gorillaz members and their live-action collaborators.

TLC in the Morning

November 22, 2019New Gorillaz Documentary to Premiere in Theaters in December