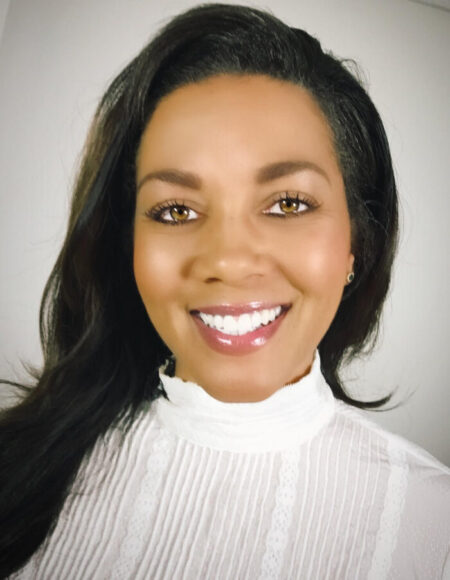 As host of "The Community Round Table", Kelly introduces you to non-profit organizations,
where you can donate your time and talents. Kelly proudly debuted, "251 NOW with Kelly Finley" in
January of 2020. It's a show about what's happening in the city, businesses you need to know about,
local artists, restaurants to visit, health, finance, wellness, community leaders making a positive
difference, vibrant topics you and your family and friends are talking about, NOW! "251 NOW with Kelly
Finley" is the go-to place for what's happening in the community.

Kelly Finley is a 23+year news veteran. Kelly joined 92ZEW in 2019 as news director/anchor and host.
Kelly’s newscasts air weekdays on the Sound of Mobile (92ZEW, The SOUL, The CRAB and WNSP).
Kelly also highlights the local greatness throughout the community on her “Tell Me Something Good”
segment.
Kelly is also President/CEO of KFin Productions. KFin Productions is the premiere social media company
based in Mobile, Alabama. KFin Productions offers their clients award winning broadcast/social media
consulting/classes, exclusive brand management and high profile public speaking services. KFin
Productions works with top industry leaders to elevate their brand and messaging through content driven
social media, across multiple platforms, while garnering worldwide support.
Kelly’s career has crisscrossed the globe as Finley lived and worked overseas in Tirana, Albania and
Brussels, Belgium. She also anchored and reported news on television and radio airwaves in her
hometown of Detroit, Michigan. Kelly’s television career began in Yuma, Arizona, then Billings, Montana,
San Diego, California was next, followed by Kansas City, Missouri and Mobile, Alabama. Kelly made her
home here in Mobile, in 2013. Finley proudly served as the first civilian Family Readiness Officer in the
United States Marine Corps (MWSG-37). Finley was the direct liaison between the colonel and four
squadrons of Marines, Sailors and their families (19,000+) and was responsible for leading four (4)
squadron Family Readiness Officers, as well.
Kelly Finley is also the director of communications and public relations for the Dora Franklin Finley
African-American Heritage Trail, is a proud board member of the Eastern Shore Chamber of Commerce,
Visit Mobile, AIDS Alabama South, Door To Serenity and is a member of the PL Wilson Detachment
Marine Corps League and the League of Women Voters.
Kelly was named a “Forty Over Forty” 2021 recipient in the inaugural class of leaders, for her continued
positive impact in the community.
Kelly and her husband Judge Karlos Finley are the proud parents of 3 teenagers and they enjoy
volunteering in the community.
Kelly is a graduate of Wayne State University and holds her B.A. in Radio/Television.